This collection of extracts from the valedictory despatches of British ambassadors leaving their foreign posts is an unexpected gem, full of beautiful prose, acute observation, humour, and lament for ... ĺ\Ň™ĶŻĹ◊•Ģ§Ś

Andrew Bryson is a radio journalist working on the BBC's Business News Unit. He set about making Parting Shots for Radio 4 after reading a column about valedictory despatches by Matthew Parris in The Times. As well as producing the series, he researched the material - a contrast from his day job as a news reporter and presenter on Radio 5Live and a producer of Radio 4's Today programme.

Matthew Parris is a columnist for The Times for whom he was previously a parliamentary sketchwriter. He was a Conservative MP from 1979 until 1986, and once worked for the Foreign Office. He says that it was after reading one of these valedictory addresses that he decided to give up his career there. His highly acclaimed autobiography Chance Witness was published by Penguin. 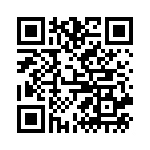