The revived interest in the history of Lincoln's Emancipation Proclamation gains force with these three new essays by distinguished scholars. The authors chart the emergence and evolution of the idea ... æ\≈™µ˚Ω◊•˛§Â

Harold Holzer is the author or coauthor of twenty-three books and 350 articles on the political culture of Abraham Lincoln and the Civil War era. In 2005, he received a Lincoln Prize for his book Lincoln at Cooper Union and performed "Lincoln Seen and Heard" with actor Sam Waterson, broadcast live on television from the White House. He lives in New York, where he is senior vice president for external affairs at the Metropolitan Museum of Art. For more information visit www.haroldholzer.com.Edna Greene Medford is an associate professor and director of graduate studies in the Department of History at Howard University. She has appeared as a commentator on C-SPAN's broadcast of the re-enactment of the Lincoln-Douglas debates as well as on the network's American Presidents Series and other history programs. She is the former director for history of New York's African Burial Ground Project.Frank J. Williams is the author or editor of more than a dozen books, including many works on the subject of Abraham Lincoln, most recently Judging Lincoln. His private library and archive is one of the nation's largest and finest Lincoln collections. He was the founding chairman of the Lincoln Forum and has served as president of both the Abraham Lincoln Association and the Lincoln Group of Boston. He is Chief Justice of the Supreme Court of Rhode Island. 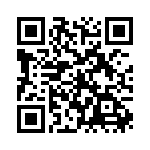