Gary B. Nash was born in Philadelphia, Pennsylvania on July 27, 1933. He received a B. A. in 1955 and a Ph.D. in 1964 from Princeton University. He has taught colonial and revolutionary American history at the University of California at Los Angeles since 1966. He won the University of California Distinguished Emeriti Award and the Defense of Academic Freedom Award from the National Council for Social Studies. He is the author of numerous books including Quakers and Politics: Pennsylvania, 1681-1726; Red, White and Black: The Peoples of Early America; The Urban Crucible: Social Change, Political Consciousness, and the Origins of the American Revolution; Forging Freedom: The Black Urban Experience in Philadelphia, 1720-1840; and The Forgotten Fifth: African Americans in the Age of Revolution. 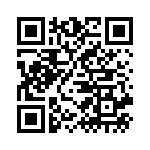