SAMUEL A. SCHREINER, JR., a veteran journalist and former senior editor at Readers Digest, is the author of several novels and nonfiction works. His previous books include The Trials of Mrs. Lincoln and Henry Clay Frick: The Gospel of Greed. Schreiner lives in Darien, Connecticut. 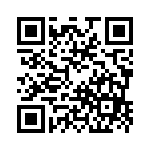