Douglas A. Irwin is Professor of Economics at Dartmouth College and the author of Against the Tide: An Intellectual History of Free Trade (Princeton). 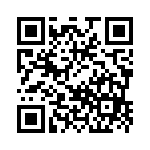