▓─ 70 ŁČ
The establishment in which I am interested , and agent of , and have been , since
first commencement , has thrown aside , as useless and worthless , machines in
good or in the course of fifteen years , to the amount of six thousand dollars .
▓─ 867 ŁČ
The goods from this establishment , it is believed , are entirely consumed in the
UniI States . 2n . Sold by an agent in Boston for , and on account of , the owners ,
generally at from sixi nine months ' credit . 21 All cotton goods are made at less ...
▓─ 933 ŁČ
When established , and whether a joint stock concern ; also , the number of
spindles , ms , and other machines ... Annual rate of profit on the capital invested
since the establishment of the manufactory , tinguishing between the rate of profit
... 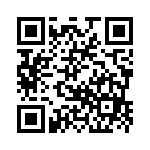