Peter Bridgmont is involved in voice training at the Globe Theatre in London. He has been a professional actor in theater, films, and on radio and TV. In 1975 he and his wife, Barbara, opened the Chrysalis Theatre Acting School in London. 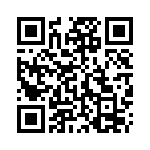