▓─ 190 ŁČ
This agent receives marriage proposals as a result of the exploratory activities (
newspaper advertisements , phone calls ... The agent's problem is to decide ( i )
what kind of decision rule to use and ( ii ) which marriage proposal to say yes to .
▓─ 192 ŁČ
These proposals P1 , P2 , P3 , . . . are received in accordance with a Poisson
process 10 with a fixed rate 1 = 1 . ... Upon receipt of a proposal , our agent meets
the person behind the proposal , and this meeting generates a certain level of ...
▓─ 193 ŁČ
With this decision rule , our marrying agent will accept the first proposal whose
utility exceeds Ū . For example , using this time invariant decision rule , if our
agent accepts the fourth proposal , then it is necessarily true that U SU , U2 < U ,
U3 ... 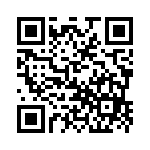