What can you say about this? I can say that, unlike the Norton Shakespeare which I owned at one point, this does not have THREE SEPARATE KING LEARs. And that's a good thing, I think. Mind you, I love ... ĺ\Ň™ĶŻĹ◊•Ģ§Ś

Critically speaking, still the finest one-volume complete Shakespeare. Signet is refreshingly free of PC literary criticism. This edition is far superior to third-rate editions offered by Norton and other publishers that have been completely sold out to the dark side of academia. ĺ\Ň™ĶŻĹ◊•Ģ§Ś

William Shakespeare is widely regarded as the greatest playwright the world has seen. He produced an astonishing amount of work; 37 plays, 154 sonnets, and 5 poems. He died on 23rd April 1616, aged 52, and was buried in the Holy Trinity Church, Stratford. 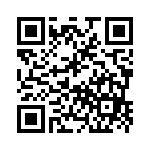