Off the reservation: reflections on boundary-busting border-crossing loose canons

Poet, novelist, feminist, and English professor (UCLA), Allen draws on her experiences as a woman of mixed Laguna and Lebanese heritage to critique contemporary American culture from the perspective ... Š\┼¬Ą¹Įūź■żÕ

Paula Gunn Allen (1939-2008) was a professor of English at the University of California, Los Angeles, and a Native American of Laguna Pueblo and Sioux heritage. She authored many books, including The Sacred Hoop: Recovering the Feminine in American Indian Tradition, and was the editor of Spider Woman's Granddaughters: Traditional Tales and Contemporary Writing by Native American Women, which won an American Book Award in 1990. 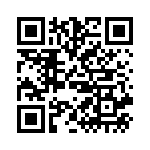