▓─ 131 ŁČ
... worked for the abolition of slavery , for prison reform , educational reform ,
factory and child welfare legislation , for reform of the penal code , for temperance
, for amelioration of the cruel game laws , and abolishment of Alogging in the
navy .
▓─ 150 ŁČ
We are not politicians or public thinkers ; we are the rich ; we own America ; we
got it , God knows how , but we intend to keep it if we can Ī© * Of course there were
reform movements , but reformers seldom saw their problem as a rounded whole
...
▓─ 154 ŁČ
The New Deal as a reform movement was wrecked on the same rocks on which
other reforms had foundered : personal antipathies , the complex racial situation
in the South , foreign war , but most of all the impossibility of eating your cake and
... 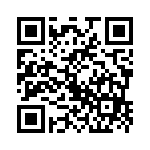