And a very British history of the mission it is too - and to be honest its not immediately clear why Patrick Wright would go into such detail about the 3 British missions to China in the mid 50s ... ū\ÅŠĩû―ŨĨþĪå

Patrick Wright is a writer and broadcaster with an interest in the cultural dimensions of modern life. He is the author of a number of highly acclaimed best-selling history books, including The Village that Died for England, Tank (described by Simon Schama as 'a tour de force'), and Iron Curtain, which John le Carre described as 'a work of wit, style and waggish erudition.' He has written for many magazines and newspapers, including the London Review of Books, the Guardian, the Washington Post, the Independent, and the Observer, and has made numerous documentaries on cultural themes for both BBC Radio 3 and 4. His television work includes The River, a four-part BBC2 series on the Thames. He is also a Professor at the Institute for Cultural Analysis at Nottingham Trent University, and a fellow of the London Consortium. 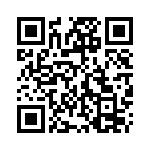