Nicholas Tawa was born in Boston and is professor of music at the University of Massachusetts, Boston campus. He has studied the popular-music culture of America for over twenty-five years and has written a Harvard Ph. D. dissertation and numerous published articles on the subject. He was also cofounder of the Sonneck Society, in 1974, and through this organization has fought to promote the performance of, and to encourage serious research in, American music. For the last six years he has been First Vice-President of that society and the editor of the newsletter. 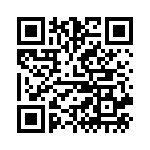