This book was written in 1944 and in it he has said that any state with an centrally directed autocratic form of government will not last long. With the foresight of an astrologer, he predicted the ... Š\┼¬Ą¹Įūź■żÕ

The historical analysis upon which this book depends amounts to nothing more than extremely poor scholarship masquerading as thoughtful contrarianism. Hayek's conflation of Nazism with Socialism ... Š\┼¬Ą¹Įūź■żÕ 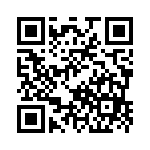