James Matthew Barrie, the creator of Peter Pan, was born on May 9, 1860, in Kirriemuir, Angus, Scotland. His idyllic boyhood was shattered by his brother's death when Barrie was six. His own grief and that of his mother influenced the rest of his life. Through his work, he sought to recapture the carefree joy of his first six years. Barrie came to London as a freelance writer in 1885. His early fiction, Auld Licht Idylls (1888) and A Window in Thrums (1889), were inspired by his youth in Kirriemuir. After publishing a biography of his mother Margaret Ogilvy and the autobiographical novel Sentimental Tommy, about a boy living in a dream world (1896), he concentrated on writing plays. The Admirable Crichton (1902), the story of a butler who becomes king of a desert island, helped to establish Barrie's reputation as a playwright. Meanwhile, he began to relive his childhood by telling the first Peter Pan stories to the sons of his friend, Sylvia Llewellyn Davies. The play Peter Pan was first performed in 1904 and published as a novel seven years later. Its imaginative drama, featuring the eternal boy's triumph over the grownup Captain Hook, idealizes childhood and underscores adults' inability to regain it. These resonant themes made it a classic of world literature. Barrie's later work shows his increasingly cynical view of adulthood, particularly in Dear Brutus (1917). Often considered his finest play, it concerns nine men and women whose caprices destroy a miraculous opportunity to relive their lives. Barrie married the former Mary Ansell in 1894. They divorced in 1909, never having any children. Barrie died in London on June 19, 1937. 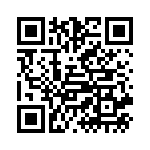