Get an almanac of the year your Grand Child was born! You will love referring to it, and reading it to them as they get older. It's a wonderful keepsake that will carry memories with them into their future. ĺ\Ň™ĶŻĹ◊•Ģ§Ś

I buy this World Almanac every year for my 40 year old son. After 10 years of purchases I was prepared to discontinue this as a Christmas gift. Much to my surprise, my son was disappointed in that ... ĺ\Ň™ĶŻĹ◊•Ģ§Ś

Sarah Janssen is the senior editor of The World Almanac® and Book of Facts. She lives in Brooklyn, NY. 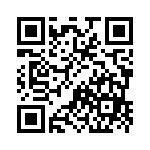