Like so many successful New Yorkers during the nineteenth century, William C. Bryant was born and reared in New England. There, in his native Massachusetts, among the beautiful highlands of the Berkshires, he learned early to be a close observer of nature and a careful student of English versification. A child prodigy, he began to make rhymes before his tenth birthday, and in 1808 he gained some fame as the author of The Embargo, or Sketches of the Time, a satire in verse in which he echoed the conservative political sentiments of his elders. Soon, however, he found his own voice and point of view, and the poetry that followed, unlike so much of the literature that was being produced in the United States in the early decades of the nineteenth century, was considered by his contemporaries to be unmistakably American. During his own lifetime and since, his most famous poem has been "Thanatopsis" (from the Greek thanato and opsis, meaning "a meditation on death"), which was first published in the North American Review in 1817. Other poems, such as "Inscription for the Entrance to a Wood" (1817), "A Forest Hymn" (1825), and "To the Fringed Gentian" (1832), printed during the next several decades, brought him recognition both at home and abroad as the leading poet in the United States. Always solemn and stately, his verse seemed cold to James Russell Lowell, who humorously spoke of Bryant's "iceolation." But others praised Bryant for his careful artisanship, his commitment to romantic aesthetics, his celebration of nature, and his liberal faith in the historical destiny of the United States. Matthew Arnold called "To a Waterfowl" (1818) one of the finest short lyrics in the English language, and "The Prairies" (1833) and "Earth" (1835) have been seen as noble literary expressions "of the Jacksonian version of the American Dream." By training a lawyer and by profession a journalist, Bryant was editor-in-chief of the New York Evening Post from 1829 until his death in 1878. This position gave him enormous influence on national affairs, and his early support for the fledgling Republican party in the 1850s helped insure that party's success. When he was nearly 80 years old, he translated the Iliad and Odyssey of Homer into English blank verse. Bryant died in 1878. 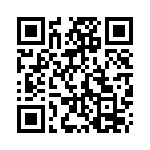