D.L. MACDONALD is an associate professor in the Department of English, University of Calgary. He is the author of "Poor Polidori: A Critical Biography of the Author of The Vampyre" (1991). 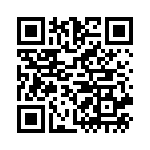