Ķŕ38“≥
19 Our first theatrical entertainments , after we emerged from gross barbarism ,
were of the allegorical kind . The Christmas carol , and carnival shews , the pious
pastimes of our holy - days , were turned into pageantries and masques , all ...
Ķŕ126“≥
However averse the latter may be to think with the former on subjects of this kind ,
it is certain , that their ideas of Ghosts , Witches , Daemons , and such like
apparitions , must be very much the same with theirs , since they draw them from
the ...
Ķŕ168“≥
Who ever suffered for the ghost of Banquo , the gloomy and sublime kind of terror
, which that of Hamlet calls forth ? though the appearance of Banquo , at the high
festival of Macbeth , not only tells us that he is murdered , but recalls to our ... 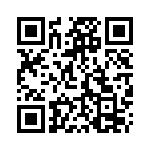