Herman was born and raised in New Orleans where he attended Isidore Newman School. He received his Bachelor of Arts degree from Dartmouth College, where he was awarded Citations of Excellence in the study of Milton and Shakespeare, and won the Eleanor Frost Playwriting Competition with his one-act play, The Phoenix Sleeps Tonight. Herman was then named Order of the Coif at Tulane Law School, where he received his Juris Doctor, Magna Cum Laude, in 1994. After graduating from Tulane, Herman clerked for Justice Harry T. Lemmon of the Louisiana Supreme Court. He now practices law in New Orleans, with the law firm of Herman, Herman, Katz & Cotlar. 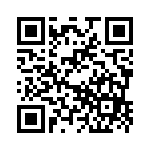