▓─ 30 ŁČ
Argued January 21, 1970ĪVDecided May 25, 1970 During a period of over seven
years while petitioner was in federal custody and available to the State of Florida,
which had issued a warrant for his arrest on a state criminal charge, petitioner ...
▓─ 74 ŁČ
Argued December 10, 1969ĪXDecided June 1, 1970 On December 13, 1965,
respondent, the Judicial Council of the Tenth Circuit, acting under 28 U. S. C. Ī▒
332, issued an order finding that petitioner was unable or unwilling to discharge
his ...
▓─ 149 ŁČ
I Briefly stated, the conspiracy count of petitioner's complaint made the following
allegations: While serving as a volunteer teacher at a Ī¦Freedom SchoolĪ© for
Negro children in Hattiesburg, Mississippi, petitioner went with six of her students
to ... 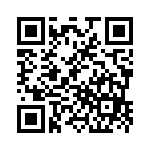