Iain Pirie is an assistant professor at the University of Warwick. His research examines how the changing dictates of international competitiveness have shaped state restructuring processes since the 1970s. 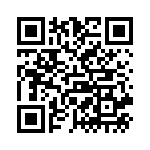