≤ƒ 206 ≠∂
Without seeking to justify such an idea , its existence may perhaps be accounted
for by the attitude of certain Englishmen in Persia who do not hide their sympathy
with the recalcitrant tribes , and who appear to regard the efforts of the Persian ...
≤ƒ 323 ≠∂
He devoted for some ten years the leisure time left from the preparation of his
great Coptic dictionary ( which has now , to the delight of all Orientalists , begun
to appear ) to the remains , literary and other , of the Monastery * of St .
Epiphanius ...
≤ƒ 371 ≠∂
There is only one poem by Masefield , and Aldous Huxley and Robert Graves
appear , apparently in preference to such poets as Rupert Brooke , Flecker ,
Edward Thomas , Ralph Hodgson , Housman , Blunden , Sassoon and
Chesterton . 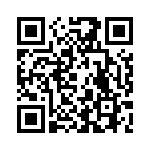