Robert B. Westbrook is Professor of History at the University of Rochester. He is the author of John Dewey and American Democracy, also from Cornell, winner of the Merle Curti Award. He is also the author of Why We Fought: Forging American Obligations in World War II and the coeditor of In Face of the Facts: Moral Inquiry in American Scholarship. 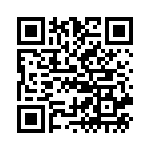