In this handy volume, Pogue (drama, Univ. of Houston) has compiled brief biographies of about 50 of ShakespeareÃƒÂ‾Ã‚Â¿Ã‚Â½s friends and acquaintances. Introductory material provides perspective and ... 閱讀評論全文

Kate Emery Pogue is Adjunct Professor in the Department of Drama, University of Houston Downtown. She is a playwright, Shakespearean actress, teacher, producer, and director. For ten years she was the Artistic Director of the Shakespeare-by-the-Book Festival. In addition to the 14 productions she directed for that company, she has directed for the Houston Shakespeare Festival, Summer Shakespeare at Notre Dame, Bucknell University, Houston Community College, and the University of Houston Downtown. She founded and for 20 years was head of the Drama Department at Houston Community College Central College, and on a grant from the National Endowment for the Humanities, she was one of 18 teachers selected nation-wide to participate in the Folger Shakespeare Library's Teaching Shakespeare through Performance project. 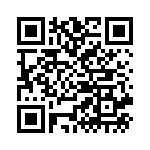