Son of an exiled Florentine clerk, Petrarch was born in Arezzo, Italy, but was raised at the court of the Pope in Avignon in southern France. He studied the classics in France and continued his education at the University of Bologna in Italy. Less than a year after his return to Avignon in 1326, Petrarch fell in love with the woman he referred to as Laura in his most famous poetry. Although he never revealed her true name, nor, apparently, ever expressed his love to her directly, he made her immortal with his Canzoniere (date unknown), or songbook, a collection of lyric poems and sonnets that rank among the most beautiful written in Italian, or in any other language. Like the major Italian poet Dante Alighieri, Petrarch chose to write his most intimate feelings in his native Italian, rather than the Latin customary at that time. Petrarch used Latin for his more formal works, however. He incorrectly assumed that he would be remembered for the Latin works, but it was his Italian lyric poetry that influenced both the content and form of all subsequent European poetry. Petrarch's sonnet form was prized by English poets as an alternative to English poet William Shakespeare's sonnet form. 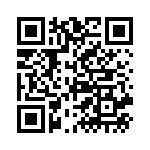