≤ń 3 ≠∂
When Gifford Pinchot , later to be the first U.S. Forester , graduated from Yale in 1889 , he was asked to speak at the ... his determination to enter the profession of Forestry , speaking of its great importance to the United States .
≤ń 7 ≠∂
THE LIVES OF INDIVIDUALS after speaking of Brossard's attack on modern fiction , yet ( Continued ) the fact remains that ... and more may the administration policy did not speak out , or resign in be found by careful readers °X but the ...
≤ń 3 ≠∂
Here we shall speak only of the first essay , " A Secular Pilgrimage , °® which represents Berry's discovery of °ß natural religion °® in English literature mostly in poetry , past and present . We should say that this man writes with a ... 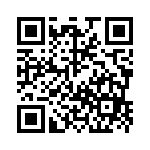