The American classics: a personal essay

Donoghue (English, NYU; The Practice of Reading ) attempts to define what constitutes a classic by examining five of his own favorite works from the annals of great American literature: Herman ... æ\≈™µ˚Ω◊•˛§Â

Denis Donoghue is University Professor and Henry James Professor of English and American Letters at New York University. He is the author of The Practice of Reading and Words Alone: The Poet T. S. Eliot, published by Yale University Press. 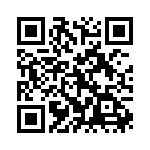