Edmond Keeley is a prolific writer and translator of the major figures of conemporary Greek poetry. He is a professor emeritus at Princeton University. 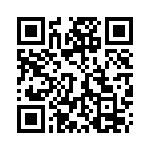