▓─ 190 ŁČ
In any case in which a controversy arises over the meaning or the application of
any agreement reached through mediation under the provisions of this act either
party to the said agreement may apply to the Board of Mediation and Conciliation
...
▓─ 570 ŁČ
The Board of Home Missions , the Board of Foreign Missions , the Board of
Church Erection , and the College Board . The follo are located at 1319 Walnut
Street , Philadelphia , Pa . , viz . : The Trustees of the General Assembly , the
Board of ...
▓─ 811 ŁČ
--Cabot Ward ( $ 5,000 ) . troller , the Chamberlain , the President of Board
Brooklyn , - Raymond V. Ingersoll ( $ 5,000 ) . of Aldermen , and Chairman
Finance Coinmittee Bron : .- Thomas W. Whittle ( $ 5,000 ) . , Queens . of Board of
Aldermen ... 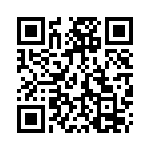