Roland Mushat Frye (1922-2005) was Felix E. Schelling Professor of English at the University of Pennsylvania and editor of Is God a Creationist? The Religious Case Against Creation-Science. 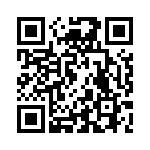