ýá 173 ÙÑ
I also doubted the phraseology - change with , and do not at present recollect any
example of it in Shakspeare's plays or in his time ; whilst in The Taming of the
Shrew , we have the modern phraseology - change for : ÀÏ To change true rules for
...
ýá 185 ÙÑ
Steevens . the present pleasure By REVOLUTION LOWERING , does become
The Opposite of itself : ] The allusion is to the sun's diurnal course ; which rising in
the east , and by revolution lowering , or setting in the rest , becomes the opposite
...
ýá 211 ÙÑ
Besides , by saying that Artony mounted composedly a horse of such mettle ,
Alexas presents Cleopatra with a flattering ... but that I have since been
reconciled to it , its appearance in the present text of Shakspeare will sufficiently
prove . 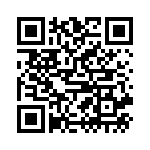