≤ƒ 26 ≠∂
For how can one immediately experience the present without regard to the
shaping presence of the past ? Yet Americans have been , at least in the
expressions of their artists and scholars , profoundly present - oriented and idea-
or fantasy ...
≤ƒ 143 ≠∂
In the living present , one becomes more and more distanced from " being equal °®
°V feeling neither inferior nor superior , but comfortably equal to his / her peers .
One feels valuable because one's being is satisfying , selfvalidating on many ...
≤ƒ 211 ≠∂
I wonder if somewhere Elias is being born , if somewhere some old patriarch
named Elias is declaring himself present , present to preside over the final death
of the Lebanese . Of us all . In the church in Seboyeta , where my father was born
...

Off the reservation: reflections on boundary-busting border-crossing loose canons

Poet, novelist, feminist, and English professor (UCLA), Allen draws on her experiences as a woman of mixed Laguna and Lebanese heritage to critique contemporary American culture from the perspective ... æ\≈™µ˚Ω◊•˛§Â

Of Laguna Pueblo and Sioux descent, Allen was one of the best-known Native American writers and critics and cousin to another, Leslie Marmon Silko. She was born in Grants, New Mexico, on October 24, 1939. She received a bachelor's degree in English in 1966 and a master's degree of fine arts in creative writing in 1968 from the University of Oregon and a doctorate in American studies in 1975 from the University of New Mexico. She taught at numerous schools during her lifetime including San Francisco State, University of California at Berkeley and University of California at Los Angeles. She wrote 17 books including volumes of her own poetry, fiction, and nonfiction. She also edited important collections of Native American writing. She received grants from the National Endowment for the Arts, the Ford Foundation, and the University of California at Los Angeles, where she was a postdoctoral fellow in American Indian Studies. She received numerous awards including an American Book Award for editing Spider Woman's Granddaughters: Short Stories by American Indian Writers in 1990 and the Hubbell Medal in 1999. She devoted much of her work to combating oppression by critiquing the ideas that have sanctioned it. The Woman Who Owned the Shadows (1983), is about a woman who comes to realize that she is a lesbian. Allen explores and affirms for women and lesbians the ideas of Spider Grandmother who, in many Native American traditions, is the creator of the heavens, the earth, and all the spirit beings, and therefore an icon of female power. The Sacred Hoop (1986), is a collection of essays written over a number of years that explicitly argue that Native American literature, traditions, mythology, and spirituality can be powerful antidotes to white racism, sexism, and homophobia. She died of lung cancer on May 29, 2008. 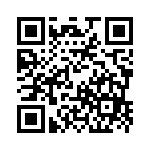