第 121 頁 - I find then a law, that, when I would do good, evil is present with me. For I delight in the law of God after the inward man : but I see another law in my members, warring against the law of my mind, and bringing me into captivity to the law of sin which is in my members.
出現在 1086 書籍中，時間範圍：1755-2008
第 113 頁 - Finally, my brethren, be strong in the Lord, and in the power of his might. Put on the whole armour of God, that ye may be able to stand against the wiles of the devil. For we wrestle not against flesh and blood, but against principalities, against powers, against the rulers of the darkness of this world, against spiritual wickedness in high places.
出現在 1392 書籍中，時間範圍：1651-2008
更多
第 180 頁 - And it came to pass, when the evil spirit from God was upon Saul, that David took an harp, and played with his hand: so Saul was refreshed, and was well, and the evil spirit departed from him.
出現在 802 書籍中，時間範圍：1730-2008
第 156 頁 - My soul shall be satisfied as with marrow and fatness ; and my mouth shall praise thee with joyful lips: When I remember thee upon my bed, and meditate on thee in the night watches.
出現在 668 書籍中，時間範圍：1661-2008
較少

Philip Ayers was born in Roanoke, Virginia, on March 2nd, 1948. He is the second born of a family of five. Very early in his life, his family moved to Salem, Virginia, where he resided until he joined the United States Marine Corps.

Philip’s childhood was characterized by an abusive environment. His father was an alcoholic. This would lead to his mother’s death by suicide when he was fifteen. His childhood and adolescence years were monopolized by playing sports. He played football and baseball in the sandlot programs. He continued to play football and baseball while in high school and later played semi-professional football. He raced for ten years on the NASCAR circuit.

He left his home and joined the United States Marine Corps when he was seventeen. While in the Corps, he served in the Viet Nam conflict. He was wounded three times, and was awarded the Navy Commendation Medal with Combat “V” for heroic service. He played quarterback for the Marine Corps’ national football team, the Quantico Marines. He served four years, and was honorably discharged at the rank of sergeant.

Philip was saved on March 30th, 1980. Jesus Christ called him to ministry in 1981. He graduated from Colonial Bible College and Trinity College of the Bible with a degree in Religious Education. He graduated from Trinity Theological Seminary in 1983, and from Liberty University with a Master Degree in Counseling in 1991. He earned his Doctor of Ministry degree from Liberty Baptist Theological Seminary in 2005. He is serving in his twenty-first year as the Senior Pastor of Glade Creek Baptist Church. He is the founder of Arise Ministry.

Philip is married to Lois Ayers. They have a blended family with six children and six beautiful grandchildren. They reside in Roanoke, Virginia. 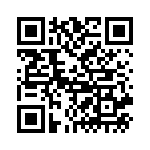