Benjamin Bennett is Kenan Professor of German at the University of Virginia. His many books include Theater As Problem: Modern Drama and Its Place in Literature, Beyond Theory: Eighteenth-Century German Literature and the Poetics of Irony (both from Cornell), and Goethe as Woman: The Undoing of Literature. His first book, Modern Drama and German Classicism: Renaissance from Lessing to Brecht (also from Cornell), won the MLA's James Russell Lowell Prize. 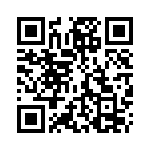