Jane Austen's life is striking for the contrast between the great works she wrote in secret and the outward appearance of being quite dull and ordinary. Austen was born in the small English town of Steventon in Hampshire, and educated at home by her clergyman father. She was deeply devoted to her family. For a short time, the Austens lived in the resort city of Bath, but when her father died, they returned to Steventon, where Austen lived until her death at the age of 41. Austen was drawn to literature early, she began writing novels that satirized both the writers and the manners of the 1790's. Her sharp sense of humor and keen eye for the ridiculous in human behavior gave her works lasting appeal. She is at her best in such books as Pride and Prejudice (1813), Mansfield Park (1814), and Emma (1816), in which she examines and often ridicules the behavior of small groups of middle-class characters. Austen relies heavily on conversations among her characters to reveal their personalities, and at times her novels read almost like plays. Several of them have, in fact, been made into films. She is considered to be one of the most beloved British authors.

Janet Todd is Herbert JC Grierson Professor of English Literature at the University of Aberdeen.

Janet Todd is Herbert JC Grierson Professor of English Literature at the University of Aberdeen.

Antje Blank is Research Fellow in the Department of English at the University of Aberdeen. 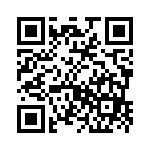