Juliet E.K. Walker is a professor in the History Department and the founder and director of the Center for Black Business History, Entrepreneurship and Technology at the University of Texas at Austin. She has written numerous books in African American history, including The History of Black Business in America. 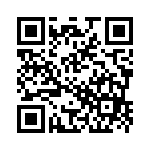