D(avid) H(erbert) Lawrence was born on September 11, 1885. His father was a coal miner and Lawrence grew up in a mining town in England. He always hated the mines, however, and frequently used them in his writing to represent both darkness and industrialism, which he despised because he felt it was scarring the English countryside. Lawrence attended high school and college in Nottingham and, after graduation, became a school teacher in Croyden in 1908. Although his first two novels had been unsuccessful, he turned to writing full time when a serious illness forced him to stop teaching. Lawrence spent much of his adult life abroad in Europe, particularly Italy, where he wrote some of his most significant and most controversial novels, including Sons and Lovers and Lady Chatterly's Lover. Lawrence and his wife, Frieda, who had left her first husband and her children to live with him, spent several years touring Europe and also lived in New Mexico for a time. Lawrence had been a frail child, and he suffered much of his life from tuberculosis. Eventually, he retired to a sanitorium in Nice, France. He died in France in 1930, at age 44. In his relatively short life, he produced more than 50 volumes of short stories, poems, plays, essays, travel journals, and letters, in addition to the novels for which he is best known.

Ezra Greenspan is Professor of English at the University of South Carolina. He writes widely about modern American literature and is the co-editor of Book History.

Lindeth Vasey is Editorial Manager: Classics at Penguin UK Ltd. She has edited several books in The Cambridge Edition of the Works of D. H. Lawrence including Mr Noon and (with John Worthen) The First 'Women in Love'. 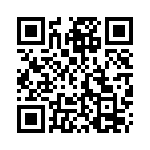