Matthew Arnold, a noted poet, critic, and philosopher, was born in England on December 24, 1822 and educated at Oxford University. In 1851, he was appointed inspector of schools, a position he held until 1880. Arnold also served as a professor of poetry at Oxford, during which time he delivered many lectures that ultimately became essays. Arnold is considered a quintessential proponent of Victorian ideals. He argued for higher standards in literature and education and extolled classic virtues of manners, impersonality and unanimity. After writing several works of poetry, Arnold turned to criticism, authoring such works as On Translating Homer, Culture and Anarchy, and Essays in Criticism. In these and other works, he criticized the populace, especially the middle class, whom he branded as "philistines" for their degrading values. He greatly influenced both British and American criticism. In later life, he turned to religion. In works such as Literature and Dogma and God and the Bible, he explains his conservative philosophy and attempts to interpret the Bible as literature. Arnold died from heart failure on April 15, 1888 in Liverpool, England. 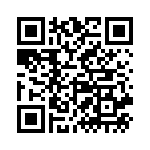