≤ƒ 60 ≠∂
Winter, properly so called, prevails during nine months of the year. In October the
cold is somewhat mitigated by thick fogs, and by the vapour rising from the
freezing sea; but in November the intense cold begins, and in January it
increases to ...
≤ƒ 142 ≠∂
These hummocks, which differed from those we had before seen, were what are
called winter hummocks. They had been formed during the last winter, as well as
in the preceding spring and autumn, when the ice, broken by violent storms, ...
≤ƒ 298 ≠∂
winter resembles, on a smaller scale, that of the steppes or tundras of the
continent, the hummocks taking the place of the hills and mountains on the land,
and the open spaces, or polynji, and the fissures representing the lakes and
rivers. 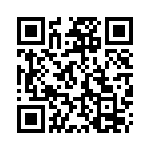