▓─ 13 ŁČ
The visit paid by Sir Miles Lampson , the British Minister , to Canton last February
, and the exchange of visits in March between General Li Chi - sen , Governor of
Canton , and Sir Cecil Clementi , Governor of Hongkong , at which time the site ...
▓─ 35 ŁČ
The first step taken early in 1915 , when it became apparent that the war was
spreading far beyond the Western front , was the creation of the War Council ,
composed of five Ministers , with the Prime Minister as chairman . " Acting under ...
▓─ 133 ŁČ
Again , the autocracy of the Minister of Health is a dangerous factor . He is quite
often the servant of his department instead of its ruler , and not having expert
medical knowledge he must take his opinions at second - hand . His advisers are
... 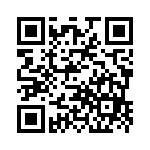