≤ƒ 87 ≠∂
And finally , within the domain of speech sounds , it is the sounds of vowels that
tend to dominate . Thus , words that contain the same vowels , but different
consonants , typically produce similar or identical secondary visual images .
Colors of ...
≤ƒ 89 ≠∂
3 is the way the synesthetic colors progress regularly from lighter to darker as
vowel pitch descends from high to low : lel and lil are high pitched , bright
sounding vowels , and they produce the whitest colors °X or , at least , they
produce white ...
≤ƒ 201 ≠∂
But though such an account was possible for consonants , it was not possible for
vowels . Vowels , it seems , have a natural pleasantness and unpleasantness .
Perhaps we should not be surprised to find that vowels can be intrinsically ... 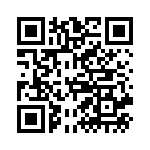