John W. Reps is Professor of City and Regional Planning at Cornell University.  He is the author of numerous publications including Cities of the American West:  A History of Frontier Urban Planning.  In 1980, Dr. Reps was awarded the Albert J. Beveridge Prize of the American Historical Association for best book in English on American History. 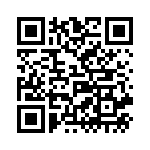