This edition was reccomended to me by the late Glenn Kimball. After reading it, I realized a good portion was completely missing. I should have bought the E.A. Wallis Budge version which is on my wishlist. ĺ\Ň™ĶŻĹ◊•Ģ§Ś

The print in this book is awful.Who can read a book in RED PRINTEye StrainNot user friendlyThe contents are of course of value to the RastaReligion and Belief! At age 65 plus I am searchingfor the TRUTH ĺ\Ň™ĶŻĹ◊•Ģ§Ś

Gerald Hausman calls himself a "native of the world" after living in so many places in the United States and the West Indies. He spent more than twenty years in New Mexico where many of his American Indian folktales were collected and published. Born in Baltimore, Maryland in 1945, Hausman has been a storyteller almost since birth. His more than 70 books attest to his love of folklore, a passion instilled by his mother who painted the portraits of Native American chiefs. During his thirty-five years as a storyteller, Gerald has entertained children of all ages at such places as The Kennedy Center, Harvard University, St John's College and in schools from one end of the country to the other. Five audio books have come out in recent years and two of Gerald's books have been made into animated and folkloric films. His books have also been translated into a dozen foreign languages. 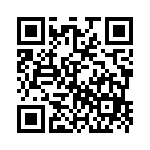