This lengthy book is a fascinatng look at how Washington responded to the crises that were manifested during the winter encampments of the Revolutionary War. Chadwick shares the details of the lack of ... ĺ\Ň™ĶŻĹ◊•Ģ§Ś

George Washington's War: The Forging of a Man, a Presidency and a Nation

In this conversational chronicle, Chadwick (history, Rutgers Univ.; The Two American Presidents) argues that the greatest threat to Gen. George Washington's army was not the British but the ... ĺ\Ň™ĶŻĹ◊•Ģ§Ś

Bruce Chadwick, Ph.D., lectures in American history at Rutgers University while also teaching writing at New Jersey City University. He is a former journalist and the author of four other historical books: Brother against Brother: The Lost Civil War Diaries of Lt. Edmund Halsey, Two American Presidents: Abraham Lincoln and Jefferson Davis 1861-1865, Traveling the Underground Railroad and The Reel Civil War: Mythmaking in American Film. He lives in New Jersey. 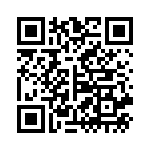