▓─ 262 ŁČ - Section 2 The transportation or importation into any State, Territory, or possession of the United States for delivery or use therein of intoxicating liquors, in violation of the laws thereof, is hereby prohibited. Section 3 This article shall be inoperative unless it shall have been ratified as an amendment to the Constitution by conventions in the several States, as provided in the Constitution, within seven years from the date of the submission hereof to the States by the Congress.
źX▓{”b 980 «č─yżżĪA«╔ČĪĮd│“ĪG1835-2008
▓─ xxii ŁČ - We are not now that strength which in old days Moved earth and heaven ; that which we are, we are ; One equal temper of heroic hearts, Made weak by time and fate, but strong in will To strive, to seek, to find, and not to yield.
źX▓{”b 1317 «č─yżżĪA«╔ČĪĮd│“ĪG1803-2008
¦¾”h
▓─ 20 ŁČ - UNDER the wide and starry sky, Dig the grave and let me lie. Glad did I live and gladly die, And I laid me down with a will. This be the verse you grave for me: Here he lies where he longed to be, Home is the sailor, home from sea, And the hunter home from the hill.
źX▓{”b 859 «č─yżżĪA«╔ČĪĮd│“ĪG1817-2008
▓─ 83 ŁČ - The progress of science in furnishing the Government with means of espionage is not likely to stop with wire-tapping. Ways may some day be developed by which the Government, without removing papers from secret drawers, can reproduce them in court, and by which it will be enabled to expose to a jury the most intimate occurrences of the home.
źX▓{”b 154 «č─yżżĪA«╔ČĪĮd│“ĪG1798-2008
▓─ 220 ŁČ - DECLARATION BY UNITED NATIONS:* A Joint Declaration by the United States of America, the United Kingdom of Great Britain and Northern Ireland, the Union of Soviet Socialist Republics, China, Australia, Belgium, Canada, Costa Rica, Cuba, Czechoslovakia, Dominican Republic, El Salvador, Greece, Guatemala, Haiti, Honduras, India, Luxembourg, Netherlands, New Zealand, Nicaragua, Norway, Panama, Poland, South Africa, Yugoslavia.
źX▓{”b 421 «č─yżżĪA«╔ČĪĮd│“ĪG1877-2008
▓─ 94 ŁČ - The world has never had a good definition of the word "liberty," and the American people just now are much in want of one. We all declare for liberty, but in using the same word we do not all mean the same thing.
źX▓{”b 184 «č─yżżĪA«╔ČĪĮd│“ĪG1864-2008
▓─ 15 ŁČ - It is easy in the world to live after the world's opinion ; it is easy in solitude to live after our own ; but the great man is he who in the midst of the crowd keeps with perfect sweetness the independence of solitude.
źX▓{”b 724 «č─yżżĪA«╔ČĪĮd│“ĪG1796-2008
Ė¹żų

Woody Klein is a veteran journalist, historian, and an award-winning author who has been writing about social justice and civil liberties for decades. Among his more recent books are Toward Humanity and Justice: The Writings of Dr. Kenneth B. Clark, Scholar of the 1954 Brown v. Board of Education, Decision (Praeger, 2004), and Westport, Connecticut: The Story of a New England Town's Rise to Prominence (Greenwood Press, 2000). 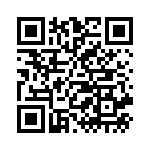