▓─ 8 ¡Â
Such effort , which has been seen among cities working to attract more tourists ,
is part of a growing consciousness that the greatest advertisement for cities is
their own landscapes ( Crilley 1993 ) . This explains why the marketing of cities ...
▓─ 62 ¡Â
... domestic ) jobs that , purportedly , are not wanted by increasingly affluent
Singaporeans such as domestic helpers , attracting mainly female migrants , and
construction , ship repair , and other heavy industrial jobs that attract male
migrants .
▓─ 113 ¡Â
The constant factor , however , has been the effort made to attract foreign
enterprises , and hence the consistently outward orientation that the economy
has taken . In 2001 , a government study showed that foreign multinational
corporations ... 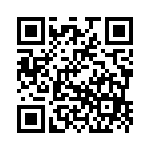