Robert B. Ward is Deputy Director of the Nelson A. Rockefeller Institute of Government, the public policy research affiliate of the State University of New York, at the University at Albany. He has studied and written about New York State government for more than twenty-five years in his current position and as a newspaper reporter, assistant to the chairman of the Assembly Ways and Means Committee, and director of research for the Public Policy Institute of New York State. A graduate of Syracuse University, he lives in Albany. 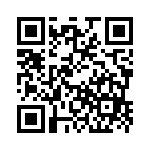