John Seely Brown is the Chief Innovation Officer of 12 Entrepreneuring and the Chief Scientist of Xerox. He was the director of the Xerox Palo Alto Research Center (PARC) for ten years. 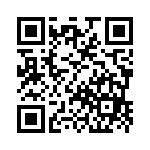