▓─ 184 ŁČ
Drs . T. W. Robinson and G. L. Woodside , Harvard University , reported that auxin , a growth - promoting substance , formerly believed to be present only in plants , has been found in chick embryos and in the larvae of blowflies .
▓─ 189 ŁČ
The 1935 expedition of the Soviet icebreaker Malygin reported the discovery of six islands " rich in resources " in the center of the Kara Sea . The Russian icebreaker Sedoff reported the discovery of ten Arctic islands near ...
▓─ 190 ŁČ
L. R. Dragstedt , John van Prohaska , and H. P. Harms , University of Chicago , reported that the new hormone lipocaic , obtained from the pancreas , may prove effective as a supplement to insulin in the treatment of diabetes . 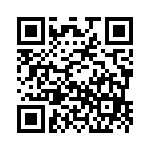